Take off. Touch down. Help out.

Humanitarian and medical aid for Kenya
The Cargo Human Care Registered Association (CHC) is a humanitarian and medical aid project which was founded in 2007 by employees of the Lufthansa Cargo AG air cargo company, together with doctors from Germany. Its core commitment is to provide direct medical aid to people in need, and to give destitute orphans and young people a home and a chance of a good future. In cooperation with local medical facilities and charities in the area, CHC focuses on those areas where help is most urgently required. CHC is currently concentrating on projects in the rural surroundings of Nairobi, as well as in North Kenya. The necessary coordination in Germany and the local medical and social care are carried out by volunteers. Funds required for the projects are financed by private donations. Lufthansa Cargo supports CHC administratively, financially, and logistically.

An Overview of the Projects 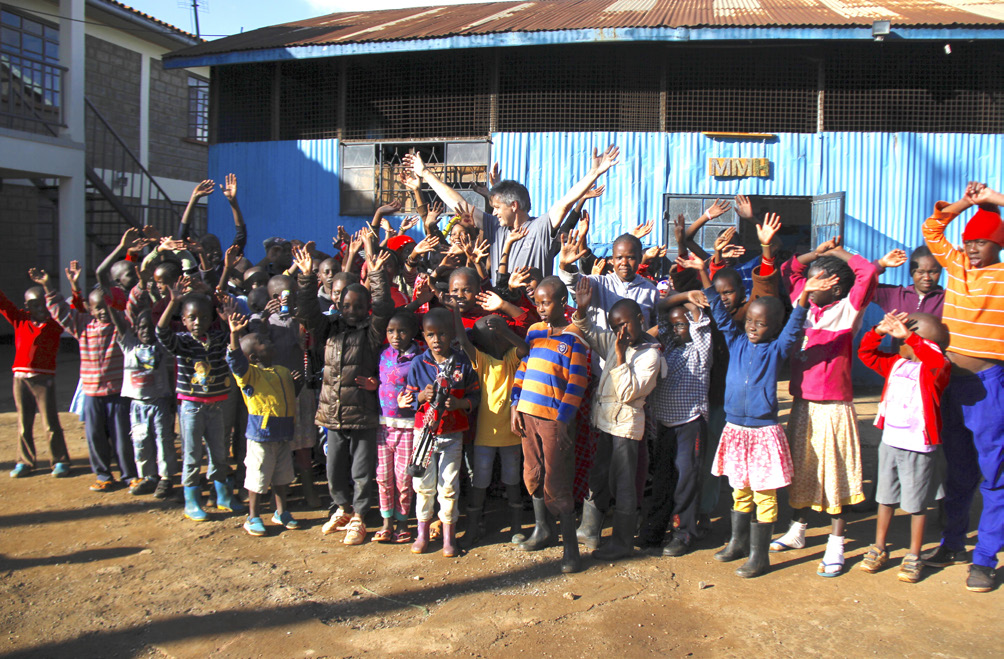 The Mothers’ Mercy Home orphanage in Kianjogu/Nairobi, was founded in 2001 by the Bishop of the Anglican Church together with women from the Mount Kenya South Diocese. In 2008, Cargo Human Care used financial donations to erect a brick building that can accommodate 120 children. The girls and boys aged between 3 and 18 years, are housed in 4-bed rooms. 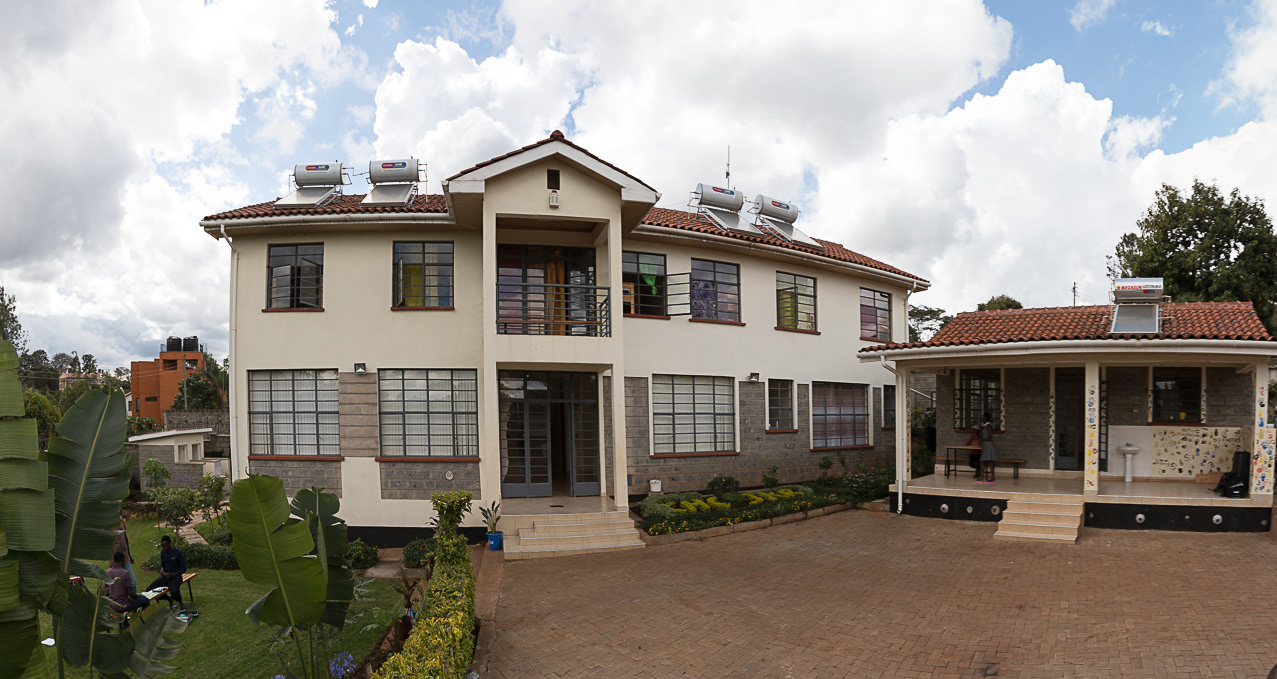 This building, constructed in 2015, is an educational centre as well as a housing project. All CHC’s training programs are coordinated here. At the same time, it is home to 32 young people who organise the running themselves. In addition to the MMH graduates, young people from other projects and from the region receive support here and prepared for an independent life – more than 70 young people in total. Their vocational training programs are ensured through individual training sponsorships. The JKR is managed by team of trained social workers. 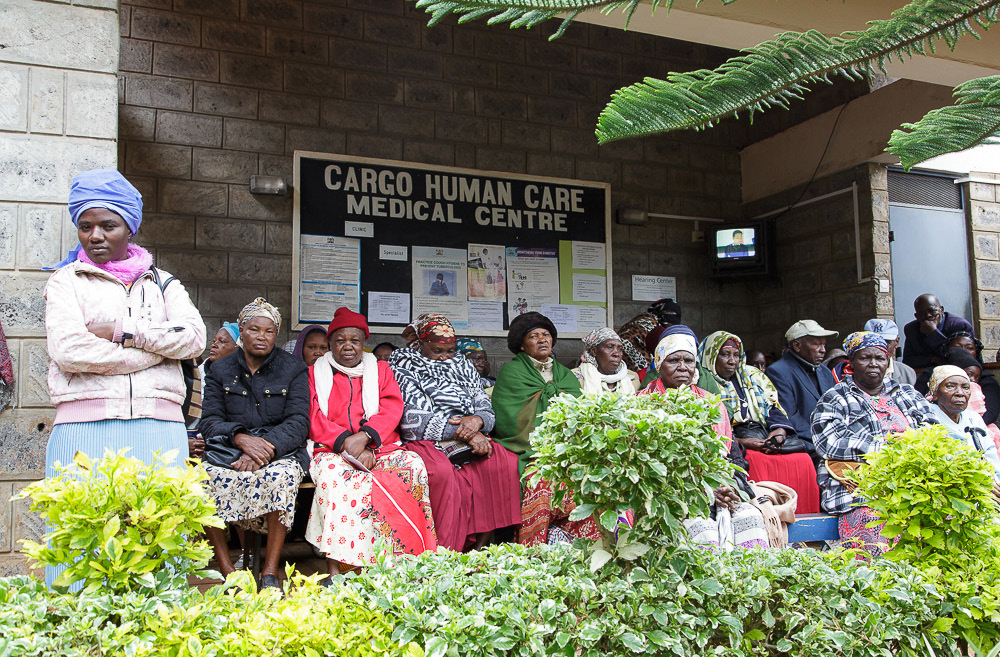 The Medical Centre, with its own pharmacy and well-equipped laboratory, exists since February 2009. Nowadays, more than 25,000 treatments are carried out every year. Local nurses look after people from the surrounding area who would not be able to afford treatment otherwise. More than 50 doctors from Germany regularly volunteer their services here in three to four-day shifts. In urgent cases, CHC also assumes the costs for operations or inpatient treatments at the nearby Nazareth Hospital.
The CHC paediatricians also visit “The Nest” orphanage and treat the babies and toddlers there in their accustomed environment. 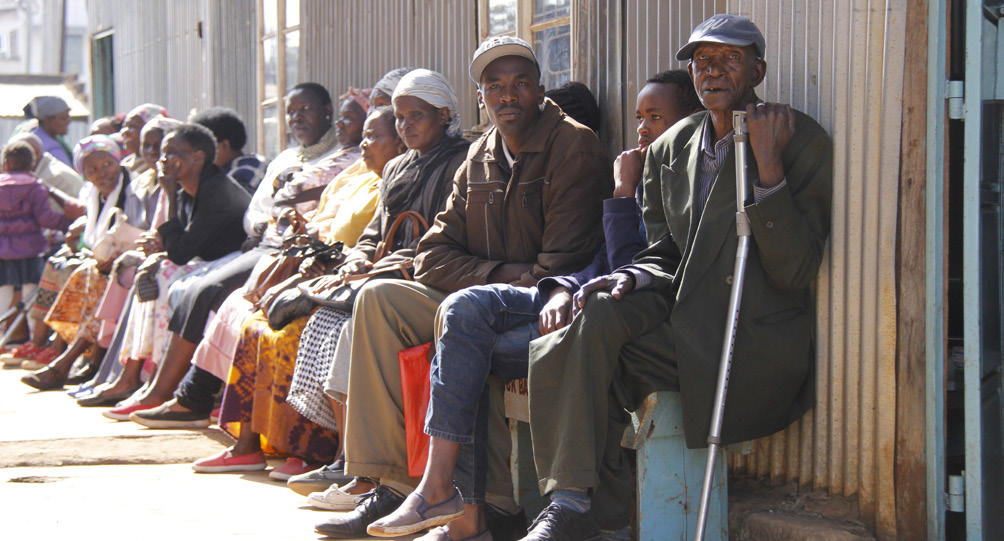 CHC doctors have been carrying out “Medical Camps” in remote regions since 2015. These are organised on site by the medical team, and provide basic care for impoverished people for whom, in severe cases, subsequent treatment is also arranged and paid for. 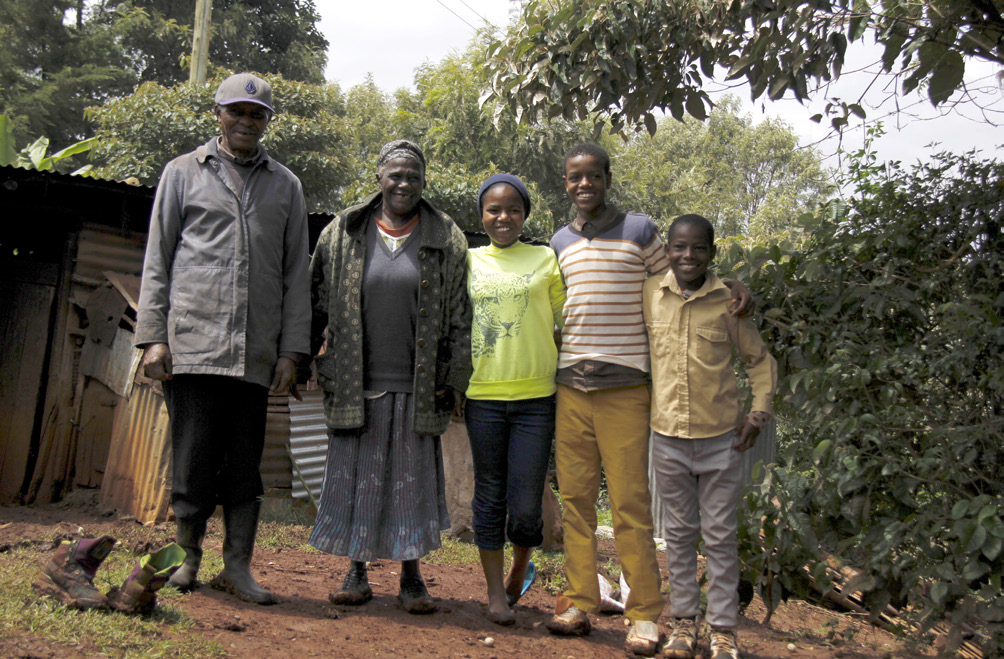 School Sponsorships / Training Sponsorships / Medical Sponsorships
A solid school and vocational education is essential for young people to be able to start out in life and into a secure future. Therefore, Cargo Human Care assumes all school-related costs as well as the expenses for vocational training. Everything is possible – from learning a trade to studying at university. Medical sponsorships support disabled children or children from extremely destitute families outside the orphanages. 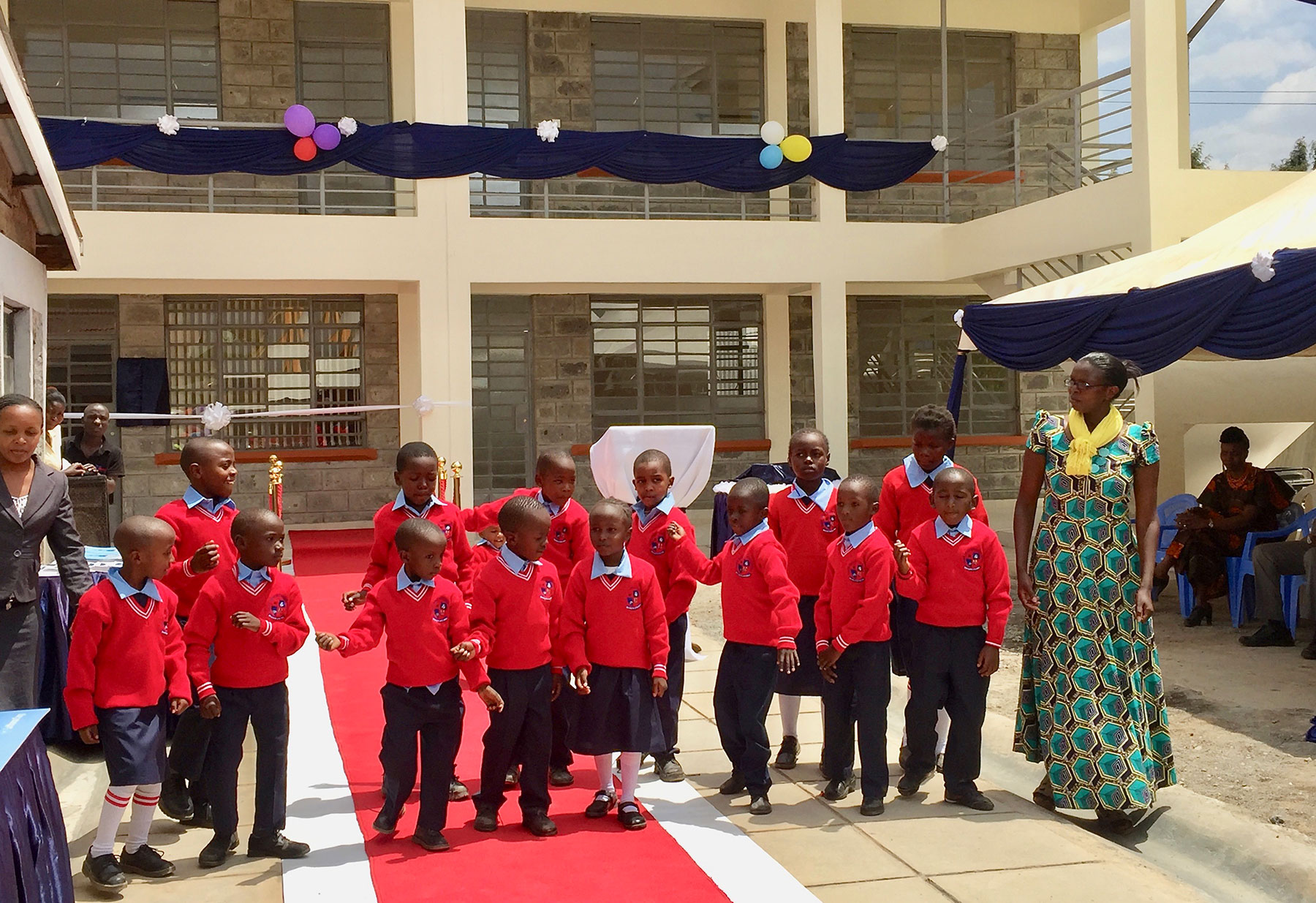 In 2017, in cooperation with Lufthansa’s aid organisation “Help Alliance” and the Regine Sixt Children’s Aid Foundation, it was decided to build a pre-school in the Kabiria slum region of Nairobi, on the grounds of the Anglican Church – each party would bear a third of the costs. The building was completed in the 4th quarter of 2018, and the school inaugurated in January 2019. The school can accommodate 100 children from the surrounding area, who had no access to educational facilities up to now. 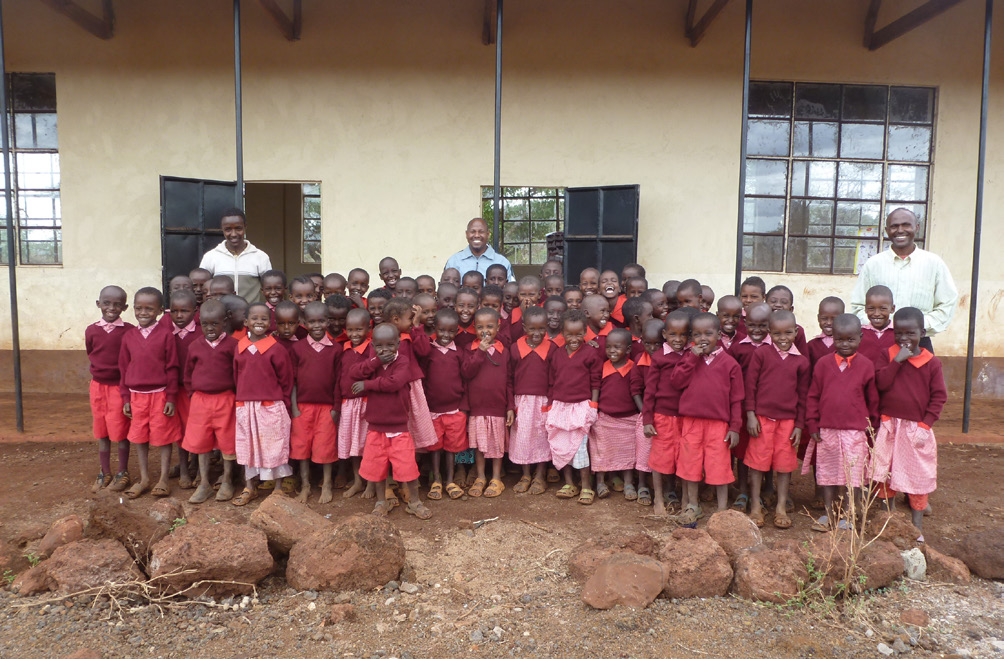 During the droughts of 2011 and 2017, CHC provided up to 1,000 families in four villages in the Marsabit Diocese with food. The donations were also used subsequently to create the Wings Academy in Karare, a nursery and primary school with four classrooms for 100 children. 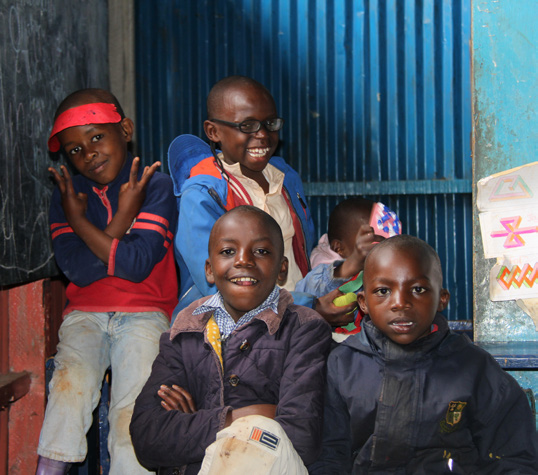 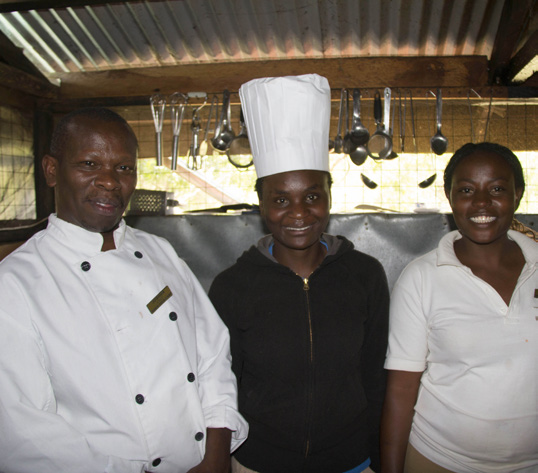 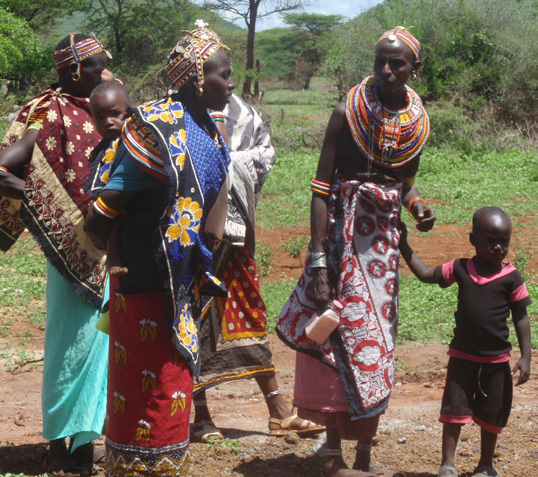